Last summer, we were sitting at the dinner table, and Simone was telling us about a TV episode where there was a food fight. It looked like so much fun, she said, that she wished she could be in one.

Of course, our two younger children didn’t know what a food fight even was. So their teenage sister explained it to them. (I gave her the evil eye because Parker didn’t need any ideas.)

Now all three kids were begging to have a real food fight. 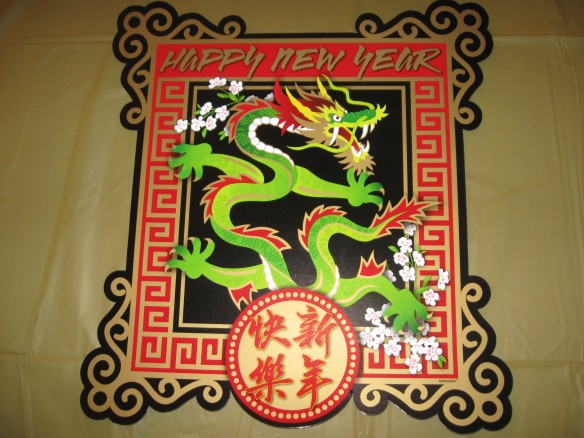 So I told my children the story of the one and only food fight I have ever been in.

I was in the eighth grade, and my friend Michelle was having a birthday party. And somehow, we ended up in a huge food fight. Everyone was a mess, so we had to line up for the hose in the front yard. Michelle’s mother was gracious about it too. And years later, we would still talk about it.

Telling my kids this story was a big mistake. Now they were pleading in high-pitched voices. “Please let us have a food fight!”

What a silly idea. Whoever heard of such a thing?

But the idea had caught hold, so I thought I could push off the idea until they forgot about it.

“Well, if we were to have a food fight,” I said, “then it would have to be a special occasion. Like a holiday.”

The next thing I know, my kids are asking if they can actually start a food fight at their great aunt’s house the following Christmas.

“No, no. Not a big holiday like Christmas,” I said. “It would have to be a minor holiday, one where we don’t yet have a tradition. Like Labor Day or something. What do you kids think?”

“No, no. Those holidays are still too major. I’m thinking more like Memorial Day or George Washington’s birthday.”

Then Parker piped up, “I know! I know! What about the Chinese New Year?”

We laughed so hard we really did cry. His suggestion was so random, so hilarious, and so creative, we consented.

“Okay, next January, whenever the Chinese New Year is, we’ll have a family food fight.”

The kids thought that was cool. But after a few weeks, the talk of food fights lessened, and life resumed normalcy. When several more months passed by, Jeff and I thought we were off the hook.

When I picked up the kids from school, they were clamoring over one another to get in the car. “Guess what today is, Mom!”

Apparently, a Chinese friend in Brynn’s class brought little Chinese treats for everyone to celebrate the Chinese New Year.

I explained to the kids that we were NOT going to have a food fight, but we could decorate our table in red and gold plates and napkins instead. They didn’t like my idea, but I sent Simone to Party City anyway. She came home with decorations, complete with some really ugly placemats that were perfect.

I e-mailed Jeff at work and explained our predicament. So we made a plan. Since the kids were no longer expecting a food fight, I told Jeff to wait until dinner is almost over, and then start one.

Our plan worked. The kids were disappointed, but when dinner came to a close, Jeff flicked a lasagna noodle at Parker. The boy grinned so wide. Then he asked if he could do it back. We nodded. Then it was mayhem.

Afterwards, we asked all three if we should ever do this again. And they gave us a unanimous thumbs up.

And that is how we started a new family tradition. On the Chinese New Year.

The kids are so excited. They’re already making plans for next year, only we’ll have to move it outside because the mess was horrendous. But the memories were priceless.

Have you ever been in a food fight?