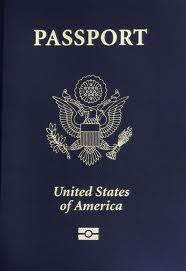 Pulling away from the gate, I felt the hum of jet engines come to life. But the thrill of flying overseas for the first time did little to outweigh the trepidation that filled me. I couldn’t help but think of the Bibles tucked away in my suitcases, all individually wrapped in lumpy wads of plastic.

Two layovers and twenty-two hours later, I stood at another gate – a dilapidated semblance of one anyway. A sliver of hope gripped me. Perhaps this makeshift baggage area had none of those sohpisticated x-ray scanners. Perhaps there was nothing to worry about after all.

Of course, I wasn’t praying for “luck” per se. Just God’s safety and provision.

As I inched forward to handover my passport, I tried to make eye contact and smile as if I am some experienced world traveler. The man in uniform, however, took my passport without reciprocating a smile. Not a good sign. My bags were next.

He then furrowed his brow and left in a hurried manner. I prayed his distraction was about something other than the contents of my luggage. When he returned, he ushered me through without another thought. He never even glanced at the screen in front of him, which would have revealed some interesting packing techniques.

On the other side, my team loaded into an old van. We traversed a narrow dirt road, which bore the kind of turbulence that even frequent fliers would find squeamish. Miles and miles led us deep into the countryside. We then met with an underground pastor who would guide us to another camp several more hours away. More dirt roads. More queasy tummies.

The warmest of welcomes greeted us. With hugs and tears, these strangers acted like they were family to us. In a sense, I realized, they were. Then a spontaneous worship service erupted as they surrounded us with song. My American friends and I looked at each other helplessly. We knew not the language to join in, yet we basked in His presence while watching a persecuted people praise the same Lord.

First one song. Then another.

The sweetest kind of joy filled the place as yet a third melody began. A foreign familiarity drew us, something to the tune of “This Is the Day.” Without delay, we sang too, only in English.

Surprisingly, the different syllables and pronunciations of our languages did not reverberate in a jarring cacophony. We were worshiping the same God in the same spirit and the same truth.

If ever a glimpse of heaven could be found on earth, it was in this moment.

Someday, and I could hear it already, people from every tribe and every tongue will worship together in one magnificent choir – and it won’t clash. It will be the most harmonious symphony in all eternity.

8 thoughts on “A Glimpse of Heaven”