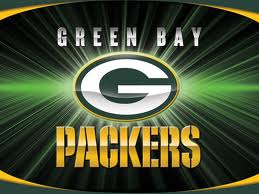 What do Aaron Rodgers and Jacob-the-son-of-Isaac have in common?

Few people expected the New York Giants to upset the Green Bay Packers. Football fans across the country could only watch in disbelief as the reigning Super Bowl champions – the top-ranked team this season – went home.

It was a disappointing finish to be sure. They had worked so hard and invested so much of themselves into this season that it was hard to fathom this outcome. How did this happen?

The Packers didn’t look like the Packers. There were dropped passes, missed tackles, and lost turnovers. Meanwhile, quarterback and leader Aaron Rodgers had one fumble and a couple of overthrown balls.

Despite this, Rodgers still played an otherwise solid game while his team fell apart. He led the team in rushing, securing critical third-down conversions. And he kept throwing the ball right at his receivers, who couldn’t complete the pass.

Sometimes your team lets you down. And you have to go home.

Earlier this week I read about another leader, a patriarch. Jacob.

He too worked hard and invested much of himself into a particular season of his life. For twenty years, Jacob worked for his father-in-law Laban. And during this time, Laban lied to him, tricked him, cheated him, and continued to change his wages.

Not only that, but Laban’s other sons would secretly get together and accuse Jacob of things that were not true. They maligned Jacob’s character. And Laban did nothing to stop them.

Jacob’s family let him down. And he had to go home.

God told Jacob to return to the place he was from. So Jacob gathered his own family and his own possessions and quietly left the place where he was mistreated.

When Laban realized that his son-in-law had left, he pursued Jacob. Once he caught up with Jacob, Laban asked:

“Why didn’t you tell me [that you were leaving], so I could send you away with joy and singing to the music of tambourines and harps?” (Genesis 31:27)

Laban’s words were inconsistent with his actions, and Jacob knew it.

Jacob had tried a face-to-face conversation earlier. But Laban didn’t want Jacob to leave for selfish reasons. He knew that God was with Jacob, and as long as Jacob remained, Laban’s flock would grow.

But when Laban continued to mistreat him, God told Jacob that it was finally time to go home.

When I read this story last week, four things stood out to me.

One, Jacob didn’t run home after the first maltreatment. When Laban tricked Jacob into marrying the “wrong” daughter, Jacob forgave him.

Two, Jacob never strayed from his responsibility. When Laban agreed to give his daughter Rachel in marriage, Jacob agreed to stay and work for another seven years. And despite the continual mistreatment, he stayed to fulfill his commitment.

Three, Jacob never gave less than his best while tending Laban’s flock. When Laban kept changing Jacob’s wages, Jacob continued to work his hardest, even when no one was watching.

Four, Jacob didn’t speak ill of his father-in-law or his brothers-in-law to other people, even when he could have. When God told Jacob to return to his homeland, Jacob did so quietly.

He forgave.
He fulfilled his commitment.
He worked hard.
He left with a quiet dignity.

And when God tells us to go, then we should do so with a quiet dignity, choosing not to speak ill of those who have let us down.

Jacob’s time with his in-laws, while twenty years long, was still just a season. A new season awaited him. And God’s blessing on his life remained.

And while Aaron Rodgers and the Green Bay Packers have also gone home, this too was just a season. They will come back next season having learned some valuable lessons.

Have you ever experienced a season in your life when it was time to return “home”?

The story of Jacob and Laban is found in Genesis 29-31. Since I am reading the One Year Chronological Bible, this passage was part of my reading for January 11, which I read last Wednesday.

God is so good. His Word is true. And He speaks to us through His Word. 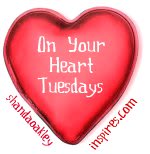